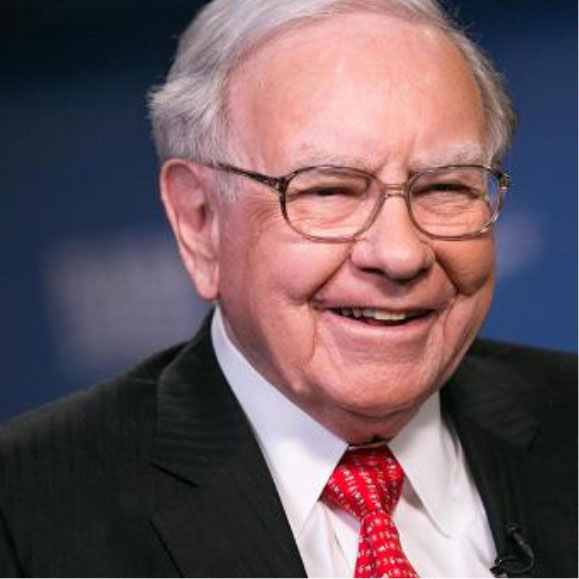 Warren Edward Buffett is an American business magnate, investor, and philanthropist who serves as the chairman and CEO of Berkshire Hathaway. He is considered one of the most successful investors in the world and has a net worth of U.S. $82.9 billion as of February 17, 2018, making him the third wealthiest person in the world as of that date.

Warren Buffett was born in Omaha, Nebraska. He developed an interest in business and investing in his youth, eventually starting at the Wharton School of the University of Pennsylvania in 1947 before transferring and graduating from the University of Nebraska at the age of 19. After graduating from Columbia Business School, where he molded his investment philosophy around the concept of value investing that was pioneered by Benjamin Graham, he attended the New York Institute of Finance to focus his economics background. Soon after, he began various business partnerships, including one with Graham. Mr. Buffett created the Buffett Partnership after meeting Charlie Munger, and his firm eventually acquired a textile manufacturing firm called Berkshire Hathaway and assumed its name to create a diversified holding company.

Buffett has been the chairman and largest shareholder of Berkshire Hathaway since 1970, and he has been referred to as the "Wizard," "Oracle," or "Sage" of Omaha by global media outlets. He is noted for his adherence to value investing and for his personal frugality despite his immense wealth. Research published at the University of Oxford characterizes Buffett's investment methodology as falling within "founder centrism"—defined as a deference to managers with a founder’s mindset, an ethical disposition towards the shareholder collective, and an intense focus on exponential value creation. Essentially, Buffett's concentrated investments shelter managers from the short-term pressures of the market.

Buffett is a notable philanthropist, having pledged to give away 99 percent of his fortune to philanthropic causes, primarily via the Bill & Melinda Gates Foundation. He founded The Giving Pledge in 2009 with Bill Gates and Mark Zuckerberg, whereby billionaires pledge to give away at least half of their fortunes. He is also active in contributing to political causes.

Source: https://en.wikipedia.org/wiki/Warren_Buffett BACK TO EXPERTS OF PRACTICE