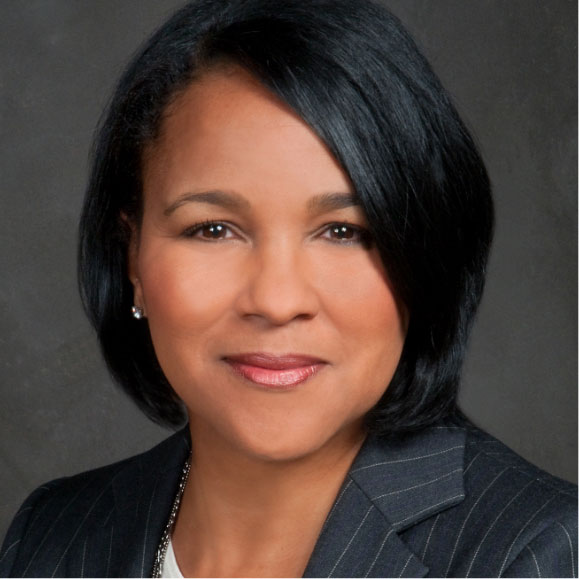 As CEO of Walgreens Boots Alliance, Americas, Roz Brewer leads more than 450,000 colleagues who work together to help people across the world lead healthier and happier lives.

Before joining Walgreens Boots Alliance, Roz served as Chief Operating Officer and Group President for Starbucks, Americas, Roz Brewer leads the company’s operating businesses across the Americas (Canada, U.S., and Latin America), as well as the global functions of supply chain, product innovation, and store development organizations. She also served as president and chief executive officer of Sam’s Club, the eighth largest U.S. retailer with sales of $57 billion for the fiscal year 2016. Roz joined Sam’s Club, the members-only warehouse channel of Wal-Mart Stores, Inc. in 2012 and made history by becoming the first woman and first African American to lead a Walmart division. In 2016, Fortune ranked her #19 on its list of the 50 Most Powerful Women in Business. During her time at the helm, she led the growth of Sam’s Club by focusing on three core areas: growing membership; transforming merchandise, and amplifying the use of digital technology to enable a seamless shopping experience at scale which led to sequentially improved comp sales.

She joined Walmart in 2006 as regional vice president and later became president of Walmart East, where her P&L responsibility exceeded $100 billion. Prior to Walmart, she was with Kimberly-Clark Corp. for 22 years, starting as a scientist and ultimately serving as president of the Global Nonwovens Sector in 2004.

She also chairs the board of trustees at Spelman College and is a former director of Molson Coors Brewing Company.

Source: https://news.walgreens.com/our-stories/meet-roz-brewer-new-ceo-of-walgreens-boots-alliance.htm BACK TO EXPERTS OF PRACTICE