Former President, Chief Executive Officer, & Chairman of the Board Boeing 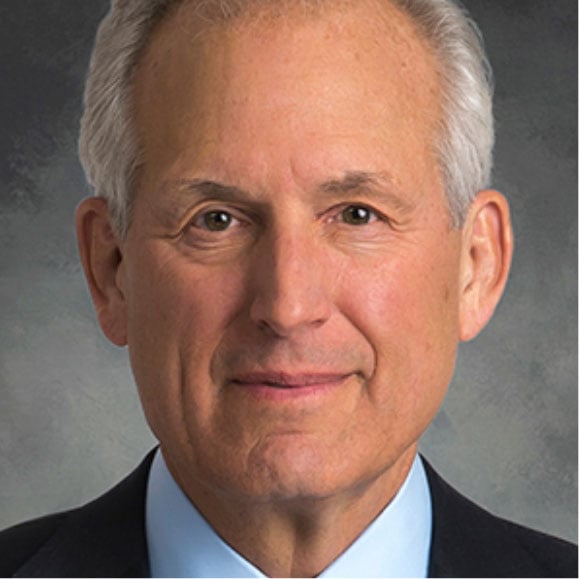 During his tenure, the company recaptured the global lead in commercial airplane deliveries with steady increases in production and a comprehensive update of its product line; maintained a strong position in defense markets despite a downturn in U.S. military spending; restored Boeing's historic leadership in human spaceflight with major new program wins; and expanded its engineering and manufacturing footprint inside and outside the United States.

With a relentless focus on internal productivity to fund investments in innovation and growth, Boeing's financial performance steadily improved under McNerney, with revenue rising 73 percent to a record $90.8 billion in 2014 from $52.5 billion in 2004, the year before he became CEO. Backlog and earnings per share tripled over the period, also to record levels.

Before Boeing, McNerney served as chairman of the board and CEO of 3M, then a $20 billion global technology company with leading positions in electronics, telecommunications, industrial, consumer and office products, health care, safety, and other businesses. He joined 3M in 2000 after 19 years at the General Electric Company.

In addition, McNerney was named the 2015 CEO of the Year by Chief Executive magazine and the 2008 National Management Association’s Executive of the Year. He received the Juran Medal from the American Society for Quality (ASQ), the Wilson Center’s Woodrow Wilson Award for Corporate Citizenship, the inaugural Turning Point Award from the U.S. Army War College Foundation, the Semper Fidelis Award from the Marine Corps Scholarship Foundation, the John W. Dixon Award from the Association of the U.S. Army and an honorary Doctor of Science degree from Cranfield University.

Source: http://www.boeing.com/history/pioneers/w-james-mcnerney-jr.page BACK TO EXPERTS OF PRACTICE