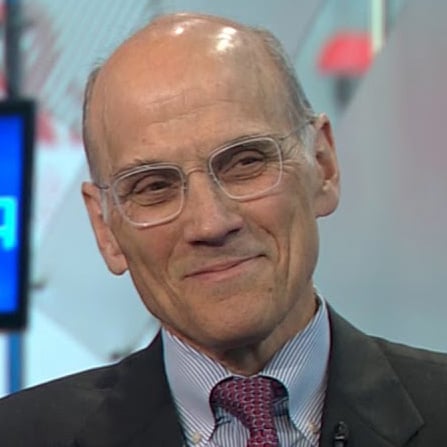 Charlie Tharp is Executive Vice President of the HR Policy Association. In that role, Tharp is engaged in membership outreach and development and helping to further enhance the position of the Association as the leading organization for chief human resource officers. He also is Senior Advisor, Research, and Practice of the Association's Center on Executive Compensation and a Visiting Lecturer in the School of Industrial and Labor Relations at Cornell University.

Tharp has over 25 years of corporate experience, including key human resources positions with General Electric, PepsiCo, Pillsbury, CIGNA and Bristol-Myers Squibb, where he served as Senior Vice President of Human Resources. Tharp also served as the Interim Executive Vice President of Human Resources for Saks, Incorporated. Earlier in his career, he served as an executive compensation consultant for the global consulting firm of Towers Perrin.

Tharp holds a Ph.D. in Labor and Industrial Relations from Michigan State University, a J.D. from the Quinnipiac School of Law, a Masters in Economics from Wayne State University and a BA from Hope College where he was Phi Beta Kappa and a Baker Scholar. In 1998 Tharp was elected a Fellow of the National Academy of Human Resources and in 2010 was elected a Distinguished Fellow of the Academy, the highest honor in the HR profession. He previously served as President of the Academy, a member of the NAHR Board of Directors and has served as a past Vice Chairman of the Board of Directors of HR Policy Association.

Source: https://www.hrpolicy.org/biographies/authors/charlie-tharp/ BACK TO EXPERTS OF PRACTICE