You play the game to win. But, when faced with challenges, how do we differentiate ourselves to achieve our goals and rise above the competition?

As part of the ongoing webinar series that JWMI offers through our student and alumni portal, JWMI Connect, Lou Melocchi, Financial Management II Professor, and Senior Vice President of Corporate Finance at F.N.B. Corporation, shares some key leadership lessons based on the movie Moneyball.

Moneyball focuses on Billy Beane, General Manager of Oakland Athletics Major League Baseball team. Beane, along with Assistant GM Peter Brand, challenged conventional baseball wisdom, using an analytical, evidence-based approach to find undervalued players to build an MLB powerhouse, despite significant budgetary constraints. The film is based on a true story and starts with a deflating loss to the New York Yankees in the 2001 American League Division Series. But the General Manager finds a game-winning move that upends traditional team-building practices.

Jack Welch taught us that “Leaders probe and push with a curiosity that borders on skepticism, making sure their questions are answered with action.” As a leader, your job isn’t to have all the answers. Your job is to ask the right questions and make sure you have the right people on board to answer them.

Don’t just crunch the numbers to define the key performance indicators (KPIs) for your business. Ask yourself:

In the movie, players had always been assessed by scouts based on subjective criteria. But the General Manager Billy Beane (played by Brad Pitt) and his analytics wiz-kid, Peter Brand (played by Jonah Hill) were able to boil down player performance data into a Sabermetrics model that showed the number of wins, runs scored, and runs allowed required for them to make the playoffs. This approach to player personnel built a team that produced a 20-game win streak, breaking the record at the time. 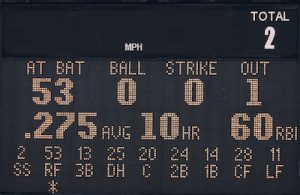 To some, detailed metrics seem like a foreign language. Many people nod along in meetings when numbers start to roll by and fail to understand that data alone is not the end game. Data should be used to make decisions and provoke action. To get the buy-in for your strategy, you need to simplify your data and show how it moves the business forward. Know your audience, and don’t go into the weeds.

Lastly, find ways to visualize the data. Professor Melocchi shared an example of using images of red, green, and yellow stoplights to illustrate the status of each of their manufacturing plants.

The players in Moneyball were assessed, like generations before, on subjective, ungrounded attributes such as having a “classic swing” or being one of “our guys.” In the movie, baseball players were overlooked by scouts for a variety of reasons, such as age, appearance, and personality. But Billy Beane offers up some healthy skepticism to these practices and debates the methods used to select players, focused on the on-base percentage (OBP) not subjective opinions of scouts.

As a leader, you must relentlessly evaluate different perspectives. As Jack Welch often said, “Change before you have to.” Effective leaders can’t be jaded by misguided perceptions; instead, they must focus on new ideas, driven by thoughtful analysis, and then ensure that that they have the right team in place to execute those plans.

As a leader, take notice of your team’s talents and take the time to develop them as individuals. It’s important to seek opinions from everyone, at every level in the organization. Billy Beane notices Pete—a young, recent Yale economics graduate with unheard-of ideas on using sports analytics to determine player value. He takes Pete aside and asks him insightful questions to try to understand the way he thinks, even asking whether Pete would have drafted Beane himself. Impressed with his honest and evidence-based answer, Bean hires Pete, who ends up playing a pivotal role in the team’s success.

Beane, like Jack Welch, recognized the value of mining young talent to fill a knowledge gap. In the late 1990s, Jack observed the massive impact the internet was having on business and realized younger employees could actually teach executives how to leverage emerging technology. Thus, the concept of reverse mentoring was born. Executives got up to speed quickly, and younger employees got the opportunity to work with seasoned leaders, create relationships, and gain valuable exposure. When leaders utilize reverse mentoring and create boundary-less organizations where the best ideas rise to the top and are rewarded, everybody wins.

Moneyball shows us that businesses can succeed, even with limited resources by focusing on data insights, relentlessly challenging traditional norms, and embracing change. 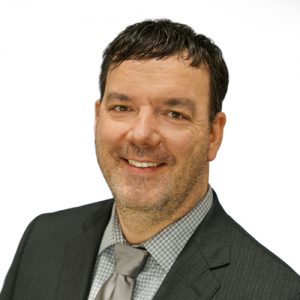 About Lou Melocchi:
Lou is a Finance Professor at JWMI as well as a senior financial leader with over 22 years of experience in corporate and divisional finance roles at both Fortune 150 companies and mid-market high growth companies. His functional expertise lies in financial planning and analysis, data analytics, and corporate finance.

Lou spent about half of his career in manufacturing with two large manufacturing conglomerates, Alcoa and Honeywell International, in a variety of information technology and financial/operations analysis roles. The other half of his career has been spent in services industries—primarily education, healthcare, and financial services, in a variety of finance roles. He currently serves as Senior Vice President of Corporate Finance for First National Bank Corporation in Pittsburgh, PA, and oversees finance-operations and investor relations.

Lou prides himself on having a polymodal educational background, and believes that “there are no uninteresting topics… only uninterested people.” He holds a Bachelor’s degree in Management and Accounting from Saint Vincent College, a Master’s degree in Public Policy and Management and Industrial Administration from Carnegie Mellon University, and a Doctorate in Marketing from Argosy University.

The Number One New Year’s Resolution Every Leader Should Make

Why I Love Micromanaging And You Should Too

The Secret to Increase Your Productivity

GET AHEAD IN YOUR CAREER

I consent to receive phone calls, texts and e-mails from JWMI at the phone number and e-mail address I have provided.

When It Comes to Leadership Training, Don’t Pay Lip Service

‘Rank-and-Yank’? That’s Not How It’s Done

JWMI In the news